Jo Croft is the founder and brains behind Puppy Coach, your online education tool to see you through the first year of dog ownership.

Jo studied for a surgical diploma and dealt with many distressed animals trying to cope with pain and disability on a daily basis, while also helping clients cope with understanding treatment programs and changes in the behaviour of their beloved pet following trauma or illness.

This spurred her on to take a keen interest in dog behaviour, she appreciated the importance of reading and understanding canine communication to be able to interact appropriately and provide the best care. Jo also recognised the ultimate rehabilitation of any animal came from the love and attention provided at home by the owners and so kept her focus on educating and informing owners of how to manage the physical and psychological welfare of their pet.

To address this area in more detail, Jo set up a variety of behaviour groups in practice covering all areas of canine development, from puppy socialisation classes up to an including serious aggression and anxiety cases.

As a result Jo made the decision to leave her full time Veterinary Nursing career and focus her attention on a new career in Canine Behaviour.

She wanted to follow an academic path to ensure she was qualified and recognised in the field as a professional. This journey began in 2005 when she actively continued to work part time as a locum nurse while she set up her first company, Animal Nanny. This company would provide the opportunity to observe dogs in a totally different environment to that of Veterinary practice via dog walking and boarding.

Observing dogs on their own territory and inviting them into her home to mix with her own dogs and others would provide an excellent opportunity to truly understand the behaviour of the dog and how human life affects them.

Jo spent the following 7 years, running Animal Nanny as a successful animal care business while she actively engaged with other behaviour professionals, completed courses with the Cambridge Institute of Dog Training and Behaviour (CiDBT) and was successfully assessed for membership of the Canine and Feline Behaviour Association and the Guild of Dog Trainers. 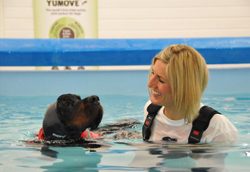 Alongside this Jo maintained a continued interest in the physical rehabilitation of the dog, which meant she became actively involved in canine hydrotherapy. This brought together her behaviour and anatomical canine knowledge, she actively set up and ran the Animal Rehabilitation Centre for a fellow professional and is proud to have helped mentally and physically rehabilitate many injured and post surgical cases during that time.

It wasn't long before the Behaviour consultancy aspect of Jo’s career took precedence as a result of client demand. She chose to re-name and update her business to be more in line with her professional focus and Dogs Logic was set up in 2012, offering clients clarity on how she would provide them with support and treatment packages for their dogs.

Behind the scenes Jo had continued to develop academically and enrolled with Middlesex University in the same year to complete her goal of achieving an internationally recognised qualification in canine behaviour.

In July 2015 Jo graduated from the university with a Masters in Professional Practice in Canine Psychology and Training, she passed with a distinction and her thesis on the relevance between human emotion and canine anxiety was recommended for publication which she is undertaking now. 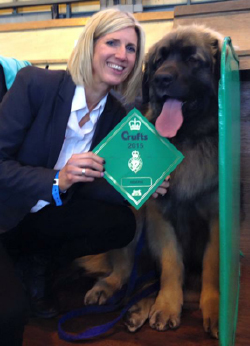 On a personal level Jo has partaken in obedience, gundog training and agility with her previous dog ‘Merlin’, a black Labrador whom she owned between 1998 - 2010 and who gave her the best level of knowledge in canine communication.

She currently owns a horse, ‘George’ who features in the Puppy Coach films and is always an excellent avenue for socialising puppies around horses, ‘Marley’ the Golden-doodle who regularly keeps her on her toes on the behaviour front, but she is very proud of the dog he has become and finally Hogan, also a black labrador who is the focus for the Puppy Coach project.

Alongside Puppy Coach, Jo conducts one to one behaviour consultation’s, treating all adult dog behaviour problems and helping new owners understand and communicate with their puppy to avoid future problems. She routinely works via Veterinary Referral.

She has been involved in rehabilitating rescue dogs for Labrador Rescue, ensuring new owners are aware of, and able to manage and cope with the variety of psychological problems associated with dogs who have been sent to rescue. She has also assessed and treated dogs for the Guide Dogs for the Blind to ensure they are able to cope with the development stages required to become a solid working dog.

Jo writes and regularly presents public seminars on dog behaviour as a means of educating a wider audience in how to understand and manage their pet. She has also written local newspaper articles, spoken on local radio and appeared on a documentary for the BBC, discussing the rehabilitation of dogs.

Jo is the author of the published book 'Puppy Coach - A complete guide to raising a puppy', which runs in conjunction with this website. 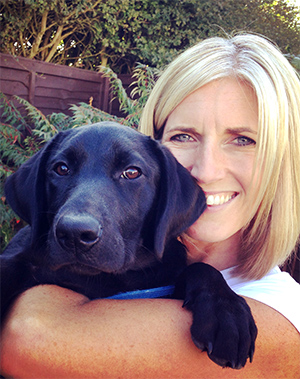 Beginning my career at a young age has allowed me to grow as a person, evolving my passion and hobby with dogs into a professional career within a variety of different circumstances.

I am truly blessed to have spent my life working with one of the most loyal, adaptable, resilient and trustworthy species on the planet. I will continue to do as much as I can to make sure we as human beings do everything we can to respect and understand them.

I am looking forward to sharing my knowledge, passion and experiences with a wider audience.

I hope all of our Puppy Coach members enjoy their learning journey and feel empowered to become the proud dog owners I know you all can be.

Believe in yourselves and your new arrival :-)
- Jo

In order to give you a true picture of Hogan’s early start we requested the help of his breeder, Derrie Cattel.

We then had the 9 weeks wait for the puppies to arrive.  Blossom has all working genes and Ray has 3/4 working and 1/4 show genes making him just a little more substantial looking than some working dogs. Both dogs, although black, carried yellow so we were expecting there to be some yellow puppies.

I have been breeding good quality Labradors on and off for 30 years and always make sure the dam and sire have their hips, elbows and eyes tested for congenital diseases.

Blossom has 0/0 hips and 0/0 elbows which are the best scores a dog can be awarded and her eyes are tested yearly which also have passed with flying colours. Most of all, the temperament must be totally non-aggressive, biddable and calm.

Jo contacted me fairly early on in the procedure and when I was happy she and her family would be great owners and she was happy with the dam and sire and breeding set up, Jo put her name down for a male puppy. 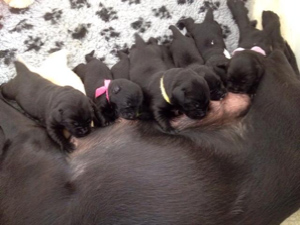 Standing out from the crowd,
little Hogan made his mark early on!

The day before the puppies arrived Blossom was fidgety and panting and unable to settle for long. She started this at about 10 in the morning and carried on in the first stage of labour all that day and evening until the first puppy came into the world at 1.40 am, a little black girl weighing 15 3/4 oz. Ten minutes later at 1.50 am 25th May 2015, Hogan slipped into the world back legs first! He weighed 1 lb and 1/2 ounce, a big boy and was the biggest of the litter. Another 7 puppies came into the world over the next 6 hours. Only one was yellow, a little boy. Blossom ended her labour with 9 puppies, five girls and four boys. The puppies were born in the kitchen where they remained for the duration of the 8 weeks with me, with added access to the garden when they were old enough.

Hogan was given the butter yellow ribbon for identification and three days later he weighed 2lbs 2 oz! He was always one of the first to find a good teat and hang on to it and took very well to the weaning process.  He loved his food and loved to sleep on his back with his little legs in the air. He was very interested in what was going on and liked a rough and tumble with his litter mates.  He was the first to discover the cat flap and use it! He loved a cuddle and blossomed when given one to one time with me. He would listen intently when I spoke to him and had very good eye contact for such a young pup. He was proving to be a very bright boy.

When Jo first came to see the litter I think she was smitten with little Hogan and when she came to choose who would go home with her, she had a choice of 3. Hogan was chosen.

I was asked as to the personality of the different puppies but I have to say no one stood out as the top dog or the underling. They all stood up for themselves amongst the litter, loved to play and were eager to greet visitors. They would easily relax into strangers arms and were not at all perturbed about household noises such as hoovers and washing machines. They were confident, loveable little blank canvasses ready to take on the world with their new owner.

Jo and her family came to collect Hogan on Sunday 19th July 2015 when he was 8 weeks old and although very sad to see him go, I couldn’t have been happier to see him go to his new wonderful life. 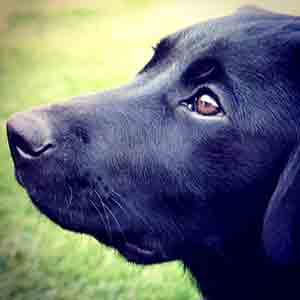 Hogan working with me giving
clear and consistent eye contact

A word from Jo:

It’s interesting to hear from Derrie how Hogan behaved and how much of his character and personality was already well on the way to developing prior to him arriving with us.

He still listens intently and his eye contact is out of this world.

He has remained a strong and solid dog physically and is loves to learn new things. Most importantly he is eager to please and will do anything to make sure I am happy with his progress. 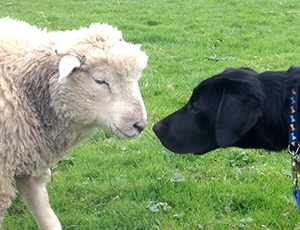 His early start set him up to begin his journey into being a well rounded domestic dog. Not many puppies get that level of social exposure prior to arriving in their forever home.

I am absolutely blessed to have this biddable, willing little chap in my life and he truly is everything anyone could ever want in a dog.
- Jo