Meet Eddie - in March 2016 Puppy Coach sponsored this little puppy from the Guide Dogs class of 2016, to support him on his way to becoming a fully trained guide dog with the goal that he makes a real difference to the life of someone with sight loss.

We will follow his journey from his first tentative steps along the pavement, to the proud moment when he meets his guide dog owner at around 24 months of age.

Eddie has settled into life at home with his puppy walkers Angie, Stuart, and their son Jake. We visited them in Suffolk to find out more.

Stuart works from home as a web designer and Angie is a professional cake decorator, meaning Eddie has company all the time. “From day one, he’s been a confident and outgoing pup. I thought it was just him settling in, but it turns out that’s just how he is” laughed Angie. “He has mad half hours where he just runs and runs, that’s his puppy side coming out!”

Eddie does have a soft side too. “He loves to chill out and wrap himself around my legs while I’m working”, Stuart said. “He’s very affectionate and loves being around people. He often comes to client meetings with me and is so well behaved.” It’s great to hear that Eddie is very loving, as he’ll be a constant companion for his future owner with sight loss.

This is the third time Stuart and Angie have welcomed a guide dog puppy into their home. After losing their pet labrador, they eagerly signed up to do so after meeting another puppy walker and haven’t looked back since.

Eddie is learning basic commands really well. So far Angie has taught him to ‘sit’, ‘stay’ and to come back to the whistle. “His love of treats makes training easy!” laughed Angie. He also walks on the lead like a professional already. He can be a bit vocal at times, and likes to lick people’s hands, but Angie is focussing her training work on encouraging him to stop these habits.

Eddie has also proved that he’s calm and confident in all kinds of situations such as travelling on the bus, in lifts, and in busy crowds that he might have to guide his future owner through. Well done Eddie!

We’re so proud of Eddie’s progress to date, and can’t wait to catch up with him again for your next Pupdate in October.

We recently caught up with Eddie's puppy walkers Stu and Angie to find out how our lovely pup is getting on.

Angie tells us, "Eddie is the cuddliest dog we've ever had. He wants to sit on your lap all the time - he thinks he's a chihuahua!" She describes Eddie as a really happy, tail-wagging, playful and cheeky pup. Eddie especially loves Stu and Angie's three-year-old son Jake; he even does as he's told when Jake gives him commands!

Eddie doesn't just love people; he also is a great doggy fan. He had a guide dog pal called Quaver to stay for a week recently, and he absolutely adored playing with her every day. It's great that Eddie loves people and dogs so much, as this will really help him settle when he moves on to early training. 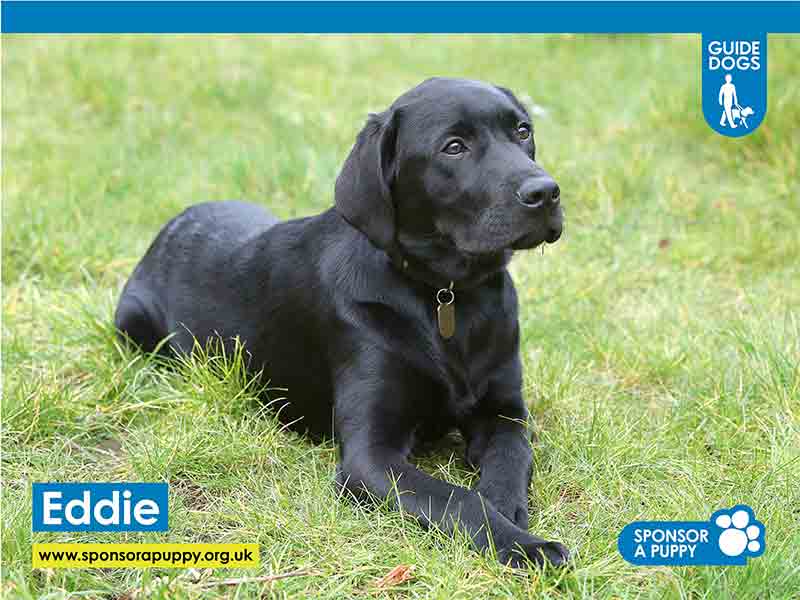 Eddie has been getting to grips with some sophisticated commands too! He is learning to find stairs, lifts and empty chairs in waiting rooms and on public transport. He is also beginning to get the hang of 'left' and 'right' commands. Angie proudly tells us "Eddie's Puppy Walking Supervisor is really pleased with his progress."

Our lovely black labrardor-golden retriever cross has also been out and about to lots of places now, which is great for helping him adjust to new environments. Eddie is comfortable with travelling in the car or on public transport, and concentrates well in busy town areas, marketplaces and supermarkets. His favourite places are the beach, forest and Angie's mum's house, where he can run around in four acres of land with his friend Spirit, who is Angie's mum's golden retriever.

Eddie is an adorable cuddly and sweet pup and we're so pleased with his progress. We can't wait to find out how he's getting on in his next Pupdate, due in February! 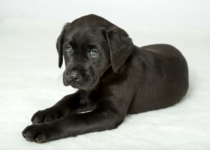 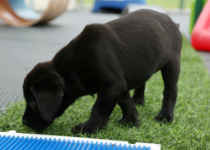 On the grass
PUPDATE ONE PHOTOS 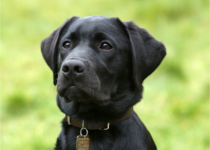 Eddie at Pupdate One 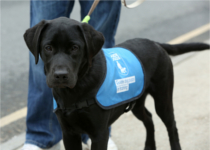 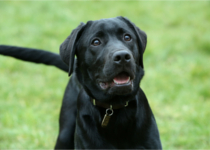 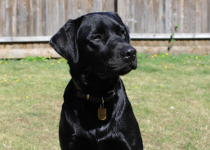 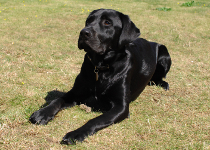 Eddie in the garden 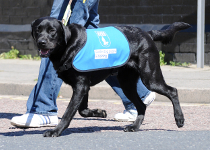